Home » A letter to my Sister in India…

A letter to my Sister in India… 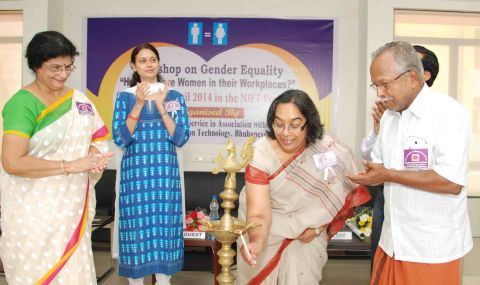 In a letter, Dorothy Bell shares thoughts on the power of a theosophical worldview to unravel a universal problem.

On the Equality of Men and Women

Thank you for the invitation to pen some thoughts ‘On the Equality of Men and Women’ – a theme that, as the words unfold, may unexpectedly evoke a sense of balance and wholeness like the wings of a bird in flight. Perhaps it has something to do with the longing of the soul. Anyhow, this will be explored later, as there is a need to acknowledge that the theme has been prompted by events in both our countries.

INEQUALITY, IMBALANCE… AND A THEOSOPHICAL WORLDVIEW1

As you are well aware, in recent times the increase in reporting of domestic violence, rape and murder of women has shaped headlines in many countries, including New Zealand, Africa, as well as Australia and India. Your exceptional TOS work in raising community awareness of the issues involved is most needed and really inspires others.

Media attention to particular incidents of brutal sexual violence has highlighted the importance of understanding the nature-nurture explanation of human behaviour: that it comes from the interaction of genetic and social conditioning. The minds of children from their earliest experiences are constantly shaped with beliefs and attitudes. Parents, family, school, science, media, and especially religion, shape perceptions of gender roles and status – and perceptions produce actions and reactions. Inequality of status has cultivated domination, discrimination and abuse and in the eyes of a theosophist it has dishonoured the magnificent true nature of a human being.

Students of Theosophy, aligned to the First Object against gender discrimination, aspire to ‘right viewing’ or an unveiled spiritual perception (HPB). This worldview sees all human beings as equal in status, made in the image of their maker and originating from the same source for the same purpose. It sees every human being, irrespective of the gender of the vehicle or body, as embodying both the male-yang and female-yin energies of their inner divine nature, the One Life in all. Dishonouring another entity in incarnation is ungodly in this sense and dishonours the whole, as there is no separateness in the One Life where Love is the essence of the Unity. In the Divine Plan that we know, the soul on its great evolutionary journey seeks after Self-Realisation on the physical plane. This reflects the perfect inner balancing of the complementary, not conflicting, male-yang and female-yin energies, and in some traditions is called ‘the divine marriage’. It is the incarnational outcome of many lifetimes of experience, learning and the expansion of consciousness within the framework of karmic and cyclic law.

Within the mind, when there is imbalance of the male-yang energy over the female-yin energy, expressed from a male or female human vehicle, domination and control of others, lack of acceptance and compassion are features of conduct. In this context, perpetuation of the outer and divisive male-female conflict in societies, which reflects the imbalance and fragmentation of the inner state of consciousness, is a major obstacle to the right of all human beings to fulfil their true potential on Earth. On the other hand, perhaps it is the most important key to enlightenment and liberation.

THE CHALLENGE ON THE GROUND

In Australia, the Victorian Labour Government has honoured a 2014 election promise to set up a Royal Commission into Family Violence. At that time, a series of brutal rapes and murders of women caused widespread public outcry. Statistics2 that supported the initiative are revealing:

In March 2016, the Commission handed down its Report with 227 Recommendations in the areas of criminal law, corrections, courts, community and health services, refuges, the school curriculum and the tools available to Victoria Police. Of particular interest to educators, is the recommendation for a mandatory school curriculum at all levels on the development of “respectful and healthy relationships.” This affirms the school as a major player in mind-shaping and behaviour.

THE WOMEN’S MOVEMENT IN WESTERN SOCIETY

Working towards resolution of the issues is not a new struggle. In modern Western society the women’s movement has sought to challenge the patriarchal politico-religious structure and associated beliefs and practices. It has its roots in the late nineteenth century with political equality and suffrage as the focus. The synchronicity in the founding of the Theosophical Society around this time is interesting as its First Object of spiritual ‘Brotherhood’ or ‘Universal Kinship’ embraces the principle of equality and non-discrimination in terms of race, colour, creed and caste, with gender being the discrimination that coexists as another layer within all others.

The Second Wave of reform, according to feminist writers in the West, emerged in the 1960s on issues such as equal pay, sex education, reproductive rights and maternity leave. The present Third Wave continues to address inequalities, with campaigns for greater influence of women in politics and the media. The movement's focal points vary, understandably, among nations, cultures and communities worldwide.

In the beginnings of the women’s movement Annie Besant made her mark as a social activist initially in London in the 1880s, and then in India where she founded the central Hindu College Girls’ School in 1904. Amongst other reforms, she supported the right of all women to a better education. Her vision of the beauty and power of women and men of India working in harmony is expressed in a simple but incredibly poignant image of the flight of a bird. She insisted that:

India, could never become great again unless women and men walked side by side and hand in hand, just as a bird could not fly high with one wing broken before it starts upon its flight… 3

TRUE EQUALITY – A MATTER OF WORLDVIEW?

So, dear sister, wherein lies the answer? Working with the analogy of the bird above,

Mindful of our unlimited potential to fly, perhaps the next wave of the women’s movement will focus on the liberation of all. Consider this title: The Fourth Wave: the Great Awakening, where waking from their karmic sleep, men and women begin their exodus from the illusions of the ‘old world order’, taking the road of Self-discovery and exploration and the journey of remembrance of whom we really are.

What I am proposing is that the ultimate celebration of true equality of status will only find expression through a total reality shift, from a material to a spiritual reality that the theosophical worldview proposes. As Einstein reputedly said, “No problem can be solved by the same level of thinking that created it,” and, as the Mahachohan proposed, “To be true, religion and philosophy must offer the solution of every problem.”4  So dear Sister, with these thoughts to ponder, can we take heart when next we see a bird in full flight, its wings working invisibly in balance and harmony? Can we see how easily it fulfils its potential and calls:

Peace to all Beings 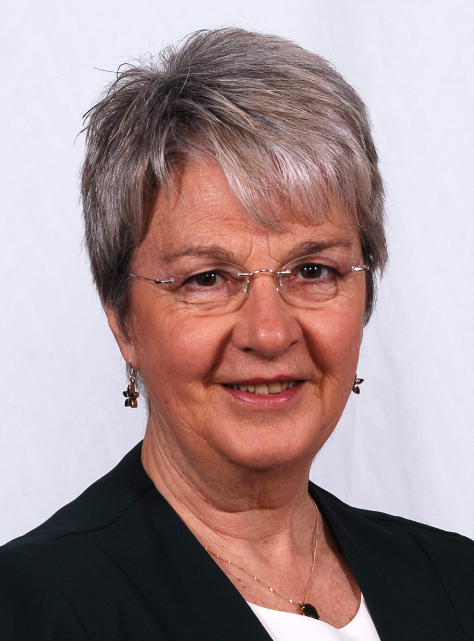 Dorothy Bell BA, MEd., Fulbright scholar in education; trained in corporate governance and counselling, joined the TS in 1999, served on the Australian TS national executive committee and education unit, and has presented theosophical programmes and published articles internationally. Her special interest is transformation of consciousness: experimenting with ways of building the bridge from ‘there to here’ in becoming who we already are, and growing Theosophy as a living power in our lives.