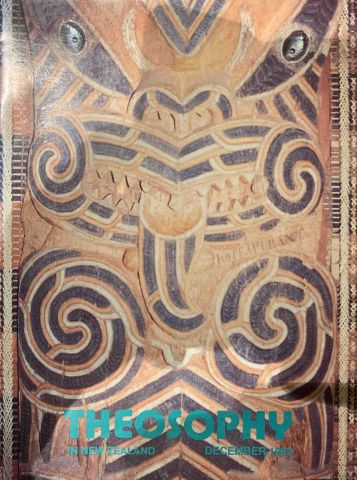 I have a particular animal at home, a little grey cat. If I wished for reincarnation I would wish to be the grey cat in my house. And why? Because she has got it sussed!

I tune to her every morning, and that’s when we tune in absolutely spot-on, and it’s only food she wants! And I can see her smile when I go to the fridge. And after she has been fed and feasted, she just strolls away and leaves me be, and I don’t see her until later, when she wants to see me.

But I’ll tell you about this cat. When I tune to her she tunes to me, and she likes me for more than the food I get out of the fridge. If I sit down in the conservatory where I like to sit, nice and cool and sunny, and the frangipanis are flowering, she comes and sits on me too. Of that family of boisterous people in my house there is only one place where she can have peace, and that is on my lap. And I tune to this cat – and I say, if I can tune to a cat and a cat can tune to me, I’m sure all those beasties out there can do the same thing, but we don’t worry about them. And this is really what I am saying, that we have to hear other creatures better than we are doing. We have to hear their needs, and the trouble is, unless we can see a need serviced by some relationship with them, we do not bother to tune to them.

I guess what I’m saying, and maybe it’s because I’m an educator – it is the business of the individual to service the community, and people who are nurses and community workers are already doing that. But I think everybody has to, every domestic unit has to look out and be prepared to service the community, for what it needs, not for what they themselves might think they need. This may be already happening to some extent. Those of you who have come far away from our shores are right in here, coming to hear what’s going on, and here I am telling you something you already knew, probably. If it isn’t, then that’s great, but go away with this idea that one Maori in New Zealand has this crazy, cranky idea that everything’s all muddled up and fragmented, and he’s saying, ‘get it together, tie it together, and let’s encounter one another at another level’. It has to be another level, it can’t be in the usual pseudo-intellectual way, because if that’s the way you all approach it, nothing will change. It’s got to be at another level.

ALLOW CHILDREN TO REACH THEIR OWN CONCLUSIONS

You might want me to try to explain that a bit more, to elaborate and that is pretty difficult. I have this notion when I teach children (I have taught children for something close to 30-odd years and have watched their responses very carefully) that if I put the circumstances and the background to them, they can connect it up intellectually, and somehow with the infusion of their own energy it transforms that information to another level, and they know. You should not actually tell them what they need to know, you should run it up for them, and let them get to that point themselves – that is my view. And this should happen with your children.

The trouble is, we get all upset when they leap into a result that is not what we are predicting. Too bad! I think you have got to make options available there. But they have to come to their decision themselves, and hopefully it will work for them.

In my opinion human beings have to make decisions themselves, and when they do, they buy into it and it becomes part of them.

Now that’s where I think we are up to. We can talk about ecology and all the damage, and the greenies, and I applaud the turn to the environment and its needs, because that is part of my world view too. It is part of my ancient world view, because the philosophy that is part of me was that the world was two components way back. In Genesis it said something like, ‘First there was the Word, the Word was God, God said “Let there be Light”.’

IN THE BEGINNING WAS THOUGHT

Now in the Maori world view it is something different. It was not the Word that was first. What was first in the Maori world view, was Thought – that was first. And Thought, for me, is where energy is. Sure, there is energy in the spoken word; and you have heard it from me — I am not claiming a higher level influence there, I am simply saying to you, you have heard my voice today, and it has a force, and if I am collecting the language well, you are not confused about it. But before my words are spoken I am processing them in thought.

Thought is first. Thought energy is what reaches out from me first. And if you can hear my thoughts, you would not have to worry about the words that I put to you. So if that is the case, that the power is with thought, we should be carefully, consciously wondering about our thoughts. That is why that cat I have at home is way ahead! She doesn’t listen to the words I’ve got, she does not even bother to mee-ow, she just looks at me and smiles, and wow! What a cat!

Now, if thought is the process, let me tell you how I think it works. I have a notion that when we are exploring an idea, we have to hook it on to an earlier idea. I think it is like crafting a huge fishing net, and everything I say that you have heard before, you connect up another piece, and another piece, and I talk all over the place, about cats, and about consciousness — but you are following me, and you are connecting it all up. Now the extra bit, in my opinion, is that this net works something like a tube of fluorescence, and when you put your own intellingence into it, the more the net pieces are lit up. I think that each of us is potentially infinite in lighting up that reality. But most of us are lazy and human. So when we put our minds into the bottom of the net to light it up, we give it a kick and it only lights up, say 50amps’ worth, and we say, ‘that’s all I can do today’. I tell you, you are worth 5,000 amps at least! Push your mind energy into the net, light it up and you will see it connects all the way, not only from what I have said to you, but from what every other person has said.

I had this demonstrated to me when I was a younster. My Dad was a marvellous storyteller, in both English and Maori. He told me Maori stories about the myth system of Rangi and Papa, and it is from there that I have the respect and the honour for Mother Earth, if you like, because I am an expression of Mother Earth, I am part of it. I believe you are too. The difference is that the Western culture has come from outside and said, ‘the earth belongs to me! I will carve it up and I will extract the resources’, nothing more than a violent rapist technology as far as I am concerned.

Mother Earth is special. We are the expressions of it. I am part of that earth. And I guess your grandchildren, and maybe your children, know that now. But in the times gone by, the earth was to be exploited, in a ravenous irresponsible way. I think that has to change, and I am sure it will, and the magic of the myth of Rangi and Papa will be maintained. In my world view, anyhow, it is special.