Home » Being In Tune With The Universe

Being In Tune With The Universe 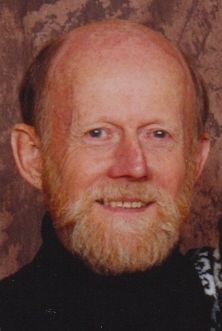 Tom Davis shares his carefully considered views on how theosophists can be united in contributing to a healthy future for our world.

We are all on a spaceship called planet Earth spinning on its axis at approx. 1,000 miles per hour (mph) close to the equator and hurtling through space around the Sun at approx. 66,000 mph (107,000 km/hr).The Sun is travelling through space with all its planets, moons, asteroids and debris around the galaxy at 483,000 mph (792,000 km/hr). If that is not exciting, then I don't know what is!  People on planet Earth cannot be seen from 30,000 feet. So when we look at ourselves in terms of being part of the vast universe, we are a speck on the earth, the earth a speck in the galaxy and the galaxy a speck in the midst of thousands of galaxies. This helps us to realise how important we are!

Looking into the future, our Galaxy will eventually swallow us up. The sun will eventually become a red giant and consume the earth and other solar matter as it expands. The sun and all its remaining debris will then contract, ultimately becoming a powerful gravitational entity of infinite mass and eventually be drawn into the black hole or central galactic sun also of infinite mass and dynamic gravity, which in turn, when it has absorbed enough of the galaxy, may ultimately explode and create another galaxy or local universe as part of a breathing in and breathing out motion lasting billions of years.

What has happened in the western world is that religious development over the past 2,000 years has led us to believe that God is somewhere else, somewhere out there, beyond and being separate from us, that sinners will be punished by this wrathful God. But this is an erroneous view; ‘God and us’ are the same being. This erroneous concept of a remote God has led us away from contacting our true selves and becoming as one, as a whole.

The ego and reasoning mind also gets in the way of seeing clearly and experiencing the primordial reality of universal oneness. We do not realise that the sacred part of us all, the Atman, is already in tune with the universe. The idea of being separate from one another and our own mental chatter leads us away from the possibility of experiencing universal mind.

Many of us are submerged in the material life like the roots of a tree below the ground, bound by past conditioning and living in the lower three energy centres of our being. To rise above ground level into the light and to see clearly, we must realise that our protective barriers and emotional problems also create blockages. These must be dissolved by resolving past traumas.

We tend to be only transmitters. We need to be receivers too. Whilst we are transmitters, we are busy sending out messages: I like, I don't like or I am indifferent. If we can stop our external and internal chatter for a while and become a receiver, we may start to see what is there and allow it to speak to us. In the Old Testament of the Bible, in Isaiah chapter 55 verse 12, the prophet indicates what happens when we are in tune with nature: “The mountains and hills shall break forth before you in singing and all the trees of the field shall clap their hands.” Through deep meditation we attain joy or bliss and are naturally led in peace into the countryside, where we are able to experience being at one with nature. Then the mountains, hills, rivers, lakes, trees, plants and flowers all come alive and their wonderful message is perceived. It is amazing what the trees, mountains, rivers and other beings will teach us. Trees and plants can be warm loving entities if we are the same to them. We can also learn a great deal from our cats, dogs and other pets about how to live.

Domestic animals can recognise certain words and phrases, but rely mainly on subtle changes in scent, mood, intonation of language and body movements and where one’s consciousness is. Our past dog at home understood us very well; he would know when it was mealtime or walk time, which varied day to day. The dog and cats could be observed waiting at the front gate shortly before I arrived, awaiting my return, even though I came home at all hours of the day, and greeted me warmly every time. Rupert Sheldrake proposed that a morphogenic field or morphogenic resonance exists between animals and can also exist between humans and animals. There are cases where owners have left their dogs with friends and flown great distances to settle elsewhere. The dogs have then travelled those great distances without even a scent to guide them and found their owner even across the breadth of the USA and South Africa. This occurs only when the owner and dog have had a very close rapport. The dog then becomes part of the family pack and the owner the leader of the pack. Packs of wolves are known to split up and travel great distances out of howling range to hunt and then re-assemble at an entirely different location where the leader decides, because they know instinctively where one another is. The nomadic bushmen of the Kalahari can do the same.

We are part of a family of Theosophists. The more we feel as a family and the more we exhibit ourselves as being in tune with one another and being in tune with our universe, we will become living examples of a way of life: The Theosophical Way.  I think it is very important for us to go out in the world and stress this actively. That is, if we wish humanity and other life forms on this planet to exist for a few more million years.

Previously published by Theosophy in Australia, The Theosophical Digest, and Insight this article is reprinted here with kind permission of the author.

Thomas (Tom) George Davis was born in England and moved to South Africa in 1967. He was a principal product design and project engineer before retiring in 2008. He was General Secretary of the Southern African Section of the TS from 1992 to 2004 and 2010 to 2012, Chairman of the Pan African Theosophical Federation from 2000 to 2009 and national and international lecturer since 2012. A Co-Mason since 1967, Tom practises meditation and Chi Kung. He is a Tai Chi Instructor, counsellor, musician, artist, handyman and grandfather.