Home » How far have we walked?

How far have we walked? 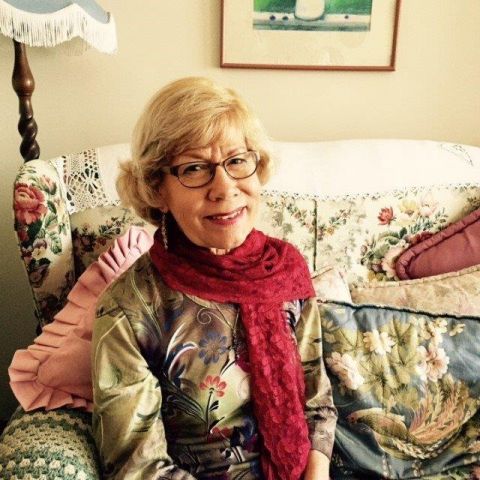 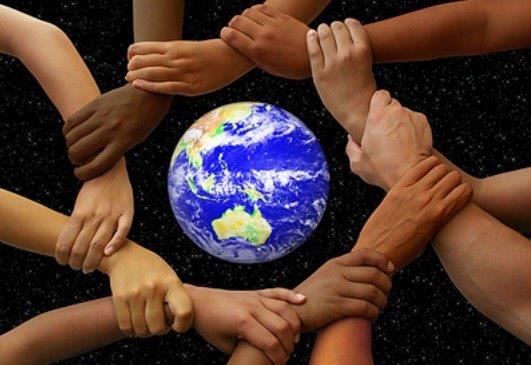 Forming a nucleus of the Universal Brotherhood of Humanity, without distinction of race, creed, sex, caste or colour, as stated in the First Object, is at the very heart of peace and freedom on our beautiful Planet Earth. The Master Jesus taught the golden rule: “Love one another. Do unto others as you would have them do unto you.” Such a seemingly simple rule for peace, unity and harmony in the world, but evidently, extremely challenging for us humans to carry out successfully.

I should begin by telling you that I was born and brought up in apartheid – in South Africa the very antithesis of Brother/Sisterhood and unity. I happened, in this incarnation, to be born with white skin, and therefore on the ‘privileged’ side of the apartheid fence. I do not claim to even begin to know what it must have felt like in those times for people classed ‘non-white’, whether Bantu, or of mixed blood (some of whose families were tragically, forcibly split), Indian or Asian.

I was born into a devout Catholic family, and the Catholic Church neither approved of nor accepted the apartheid system. My parents were fairly colour-blind when it came to the colour of people’s skin. In our home, the conventions of apartheid were shunned as much as possible. This made us sometimes very unpopular with some of our ‘white’ neighbours, who had derogatory names for folk like us.

My schooling was at a Catholic Convent, where several of our teachers ignored the official ruling that politics, especially anti-apartheid ideas, should not be discussed in school lessons. Two of these women were particularly courageous, and regularly put their own freedom at risk by attending silent “Black-sash” (an anti-apartheid movement) demonstrations, and other events of that nature. They were a source of admiration, inspiration and awe.

Although my childhood and youth were very happy, it was a relief to leave that regime behind. It is even better that it no longer exists. I was quite astounded, therefore, when I arrived in New Zealand in 1974 to find that there was still plenty of racism around, and many other ‘-isms’ too; and that, in fact, these personal prejudices are to be found universally, and are nothing to do with the law necessarily.

So, a question I would like to explore a little is: Have we made much progress on the path to brotherhood and unity since the founding of the Society in 1875? I believe we have taken some fairly big steps, although we still have a pretty long road to walk. If we look back to the world of 1875, 140 years ago, just a blip in time in the big scheme of things, this idea of forming a nucleus of the brotherhood of humanity, without distinction of race, creed, sex, caste or colour, was rather radical to much of the world.

The British Empire, which covered much of the globe, was in its prime, and dominance, rather than sharing and brotherhood, was top priority. The missionaries were busy persuading people there was only one religion, and nothing else to be tolerated. Even the Christians themselves were intolerant of one another’s views (somewhat similar to the situation in much of the Muslim world today). The class system, especially, but not only, in Britain, was still totally entrenched and affected the ways society operated. No matter what your qualities, if you were of the so-called lower classes, that is pretty much where you were doomed to stay, with not much opportunity to better yourself either by education or by any other means.

The treatment of the Black Americans and the caste system in India are further examples of this type of restrictive life. Colonial attitudes towards the indigenous people anywhere in the world were somewhat less than brotherly. Attitudes to women, or anyone of an unusual sexual orientation, or anyone with a mental or physical disability, were certainly not inclusive. The word ‘ecumenical’ was unheard of between the various sects and religions. Although we still don’t have the perfect solution, the ideas about crime and punishment were decidedly inhumane, 140 years ago.

So, yes, radical, and indeed, courageous, was this intention towards brother/sisterhood, put out by our Theosophical forbears. Some of the old attitudes were forced to change a great deal after World War I, as we know and the League of Nations was established as an attempt at global co-operation. There are now several global organisations operating, even if not totally effectively yet. Society changed again after World War II which saw the most sickening and horrendous acts performed totally in the name of “different” and “other”.

It seems in the 1960s there was quite a shift in human consciousness, and many new ideas were being discussed and popularised, the idea of universal love and peace amongst them. Did it take almost a century for that radical idea to really start to take hold? Now, in our current era, not only have many attitudes changed, but these are reflected in the laws of many lands (though certainly not all). While personal prejudices can have nothing to do with the law, the laws would never have changed unless a majority of people had started to be more accepting of others’ differences, and more willing for equality to become the norm within our society.

Sadly, of course, these things still seem a long way off happening in some parts of our planet. For those striving to work in the light, let us be like seeds in the wind, by spreading inclusive, loving attitudes, until they take root, flower and flourish more widely.

I have always believed it is important to have heroes as role models, and I am not really talking about Spiderman or Batwoman but real people whose lives and achievements are a source of aspiration and inspiration to the rest of us. Of course many Theosophists would put the Masters into that frame; referring often to the Mahatma Letters or At the Feet of the Master for guidance. But some heroes are just ordinary, everyday people that we meet and know in our daily lives, who are living altruistically and embracing brotherliness in their daily activities.

Others, of course, have become famous and their lives and actions are well publicised. I will just mention a few examples: people like Mahatma Gandhi, Martin Luther King, Nelson Mandela, The Dalai Lama, and many others throughout history. Martin Luther King, in his unique and eloquent way said:

It really boils down to this: that all life is interrelated. We are all caught in an inescapable network of mutuality, tied into a single garment of destiny.

The remarkable thing about these great people is that they devoted their lives to their particular cause, in a particular area where oppression or injustice prevailed, but never did they seem to feel hatred or display an attitude of unforgiveness towards the oppressors; but rather seemed to recognise that the oppressors too were part of our human family, in spite of their sometimes despicable actions.

And this, I feel, is one of the greatest challenges: trying not to buy into so-called righteous indignation against or judgement of the perpetrators, when we hear or know of some terrible acts carried out. Choosing instead, to send them forgiveness and light, remembering Christ’s words on the cross: “Forgive them Father, for they know not what they do.” It seems almost impossible at times but of course, as these heroes have shown us, it is possible!

My own dear, late Mother, one of my personal heroes, had a useful saying that she would use when she heard us being catty or smug about someone who was in trouble. She would gently say: “Remember dear, there but for the Grace of God, go you or I.”

As well as all the doom and gloom news that the popular media feed us, there are also stories of people selflessly doing wonderful things for others. People who may or may not have heard of the Theosophical Society, or any other organisation with similar aspirations, or don’t follow any particular religious path, but are driven by an inner desire to assist their fellow-beings, to love one another, regardless of race, religion etc. and sometimes with scant regard for their own safety or freedom.

A good example of a hero still living, is the musician and conductor, Daniel Barenboim who, along with Palestinian, Edward Said, formed the East-West Divan, an orchestra for young people from a variety of countries and backgrounds; some of these countries officially ‘enemies’. There are players from most middle-eastern countries and others too.

Barenboim believes the language of music can break down barriers set up by race, religion and deeply entrenched prejudices. They founded the orchestra “to promote mutual understanding, non-violence and reconciliation through music.” What a beautiful vision, don’t you think? One of Barenboim’s chief hopes is that this orchestra will one day be able to perform in all countries represented by the orchestra members. While this is not yet possible, someday I believe, it will be. This is the way forward; it is inevitable – our path will lead us there in time, if we are to fulfil our evolutionary destiny!

I have written a short poem I would like to read to you, and I will point out that I certainly do not always manage what I’ve written. But, probably like most of you in this room, it is work in progress.

We come from many different tribes and nations,
Some live in peace – some in lands of devastation.
We come in many shapes and sizes,
Some lose all, some take the prizes.
Short, tall, long, weak, plump, strong,
Your eyes are dark, my skin is fair,
You may be bald and I have hair.
However, all these things are but a jacket,
They influence only the outer packet.
Deep within each living Heart
Divine Spark dwells – the Real, True Part.
These sparks are one at Highest Source
Though each must run its unique course.
May I always have the Grace to spy
The Divine Light shining in another’s eyes
Like brilliant stars in a velvet sky.
So, come sweet sister and dear brother
BE ONE WITH ME – there is no ‘Other’!

To conclude, here are the words of the Master K.H. in one of the Mahatma Letters to Mr Sinnet, quoted several times at the convention:

The term “Universal Brotherhood” is no idle phrase. Humanity in the mass has a paramount claim upon us. It is the only secure foundation for universal morality. If it be a dream, it is at least a noble one for mankind and it is the aspiration of the True Adept.

Penelope Foster is currently Vice-President of the Hawkes Bay branch. She was born and raised in South Africa, emigrated to NZ in 1974, settled in Napier and has lived there ever since. Penelope was excited to discover the Theosophical Society in the early 90s and joined the society soon after. Studying Theosophy has been life changing.
She enjoys spending time with her large family, writing poetry, listening to music and walking in nature.