Home » I am the Path, the Truth and the Life.

I am the Path, the Truth and the Life. 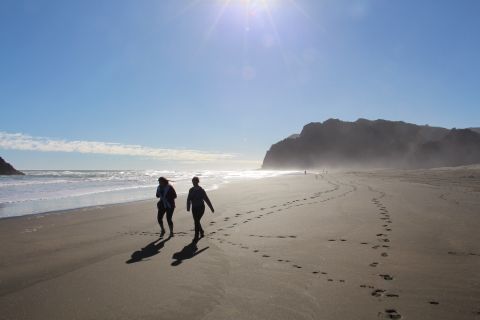 A constant eye to human perfection

Trân-Thi-Kim-Diêu gave this talk to the International Convention in Adyar. She is coming to New Zealand in January to tell us more.

IDENTITY OF HUMAN PERFECTION WITH DIVINITY

Perfectibility – comes from the Divine. The Divine that manifests Itself in the World gives inbuilt in it perfectibility. The whole history of humanity can be confounded with spiritual enquiring and with endeavouring for spiritual progress in order to reach this level of reality where the last illusion must be conquered. For the whole process, a constant eye towards human perfection gives the sine qua non condition whilst the identity of human perfection with divinity forms its axiom.

Humanity in this sense ceases to be just either a phenomenon or a collective entity, but it would rather represent a fundamental step of evolution, and as such it would act as the essential link between the Divine and the World. The collective evolution of the human consciousness is due to each individual’s endeavour to walk out of the ‘terrestrial mire’ by tracing a path of one’s own towards Truth – the ultimate state of What Is, and towards Life – the Life eternal that makes all things alive, the Life hidden but vibrant in every atom.

LIFE ETERNAL VIBRANT IN EVERY ATOM

Fundamentally all lives are similar in their process. When the human soul has not yet attained sufficient maturity, it lives on a mode of ‘escape’, running away from the seeing of each state of consciousness. This process is due to the two main powers of the mind: the power of projection and the power of obscuration.

A mature soul encounters all events with their own factual value and role and insures their consequences with the required attention, but not more than is needed. Then energy – which is an inner phenomenon – can be reserved and used for more essential tasks. Amongst these and perhaps the most essential one can be identified as the task of observing life in its own process. Sri Ram describes this clearly:

The process of life, which is an expanding and inexorable process, will allow no one to isolate himself from its current. No one can escape from his own inward process, which is part of the totality of life or evolution.

Life in its deeper levels enables the observation and appreciation of the most subtle things; and not only this. It reveals also their secret; not only can one see splendid things but one can also perceive the soul of splendid things – that is the splendour of the splendid. Life is then a continuous revelation in its expanding and inexorable process. In one word, it is evolution itself.

On a more profound – and more hidden – level, life (consciousness) may be no different from universal, all-pervading energy that makes all things alive. All kingdoms benefit from this energy to grow and evolve. Shiva-sakti – the Divine power of creation – enables all things to exist, to live, and to evolve within the matrix of the Universe. It is the “hidden life vibrant in every atom” in our universal prayer.

Life can yet be more. When Light on the Path exhorts: “Live neither in the present nor the future, but in the eternal,” life stands for the consciousness of what is timeless. There it cannot be a ‘second’ being aware of the eternal. Life is the One-Life, also called Unity, or the Divine ‘behind’ or rather ‘pervading from inside’ the manifested.

Life is then consciousness as substance, evolution as process, energy in-built inside the process for its purpose, and the eternal timeless. The state of the whole as consciousness, evolution, energy, and timeless can be assimilated with Truth or What Is.

Each of us has realised truth to some extent, and therefore our truths are all relative, meaning that we are still living in illusion. The greatest illusion is that of separateness (sakkaya-ditthi). In fact, the difference in evolution stays in the difference in the realisation of truth, and the difference of human spiritual merit lies with the endeavouring to this realisation. One of the characteristics of the human spiritual soul is the urge of seeking, of enquiring, of pushing farther the limits of mysteries.

In order to realise divinity in its own nature, humanity has to realise this truth which the Upanishads call “the truth of truths” – which is brotherhood. The same has been qualified as “no idle phrase” by the Mahatmas.  The realisation is by individuals, but the result of the action benefits the whole human race.

So, the search for truth is not, cannot be just a matter of personal interest, even this interest covers the highest doctrine on earth. Our search must come from a real concern in the sense of a real feeling for a brother. This concern – if it were true – would not remain just some theoretical knowledge of the doctrine or just some superficial occasional action in favour of solidarity.

Jiddu Krishnamurti said: “Truth is a path-less land,” and in saying that, he provoked a reaction from the part of many enquirers. One perception seemed missing: the meaning of the term ‘path-less’. Does it mean ‘there is no path’? There is no ready built path. But does it mean that one should not walk one for oneself? The only path must be a path of one’s own.

A PATH OF ONE’S OWN

Each one has to walk out one’s own path. However, despite the differences all paths anchor their foundations in universal principles and requirements. Differences lie in the diversity of the proportions, the earnestness of application to walk the path. When passion for all humanity pervades all actions and becomes their main motive, the inquirer is on his way to being a bodhisattva – the one who lives and acts out of compassion, the one who is endowed with the buddhi principle, elsewhere called the Christ.

All paths begin with ethical foundations. Raja Yoga of Hinduism begins with Yama and Niyama before going further into asanas, pranayama, pratyahara; samyama crowns the whole practice with dharana, dhyana and samadhi. Buddhism proclaims pancha-sila (the five precepts) as basis together with the paramitas. To live in an ethical way seems to be the only way to regenerate the human mind and consequently to preserve it from the general ‘inflationist’ trend of morality.

Walking one’s own path begins with learning discrimination and abstaining from self-identification. Earnestness constitutes the requirement for steadiness in development. Indeed, casualty is a great fetter on the spiritual path. Constancy and genuine faith are two ramparts on the spiritual journey.

Non-attachment is a touchy point. On how many occasions does each one of us prefer the non-essential to the essential? And we have to start again to learn the same lesson…

Constancy in earnestness and endeavour is necessary for all kinds of enterprise, and walking the path is a serious enterprise. In At the Feet of the Master, constancy is named as one-pointed-ness. Effort is ever valued as chanted in the Yajur Veda:

Yet, right effort is ‘effort-less effort’, the endeavouring without ego-boosting. What makes a human learn this effort-less effort, or rather, what motivates a human to move towards the ending of the ego? Faith (shradda) and love.

Faith is belief based on reasoning and deduction. When reasoning is at final step, when all arguments and justifications end, faith stands there as the other option of nihilism. It is the true foundation of religiosity. It gives confidence in Life allied to sympathy for all that exist as living and sentient beings (empathy-compassion).

Faith at a certain advanced level turns to be the power of self-surrender toward the Divine (Ishvarapranidhana). In its active aspect, it is the power of redemption, through Love-compassion (Karuna) – that corresponds to the deepest level of consciousness of the Universe, the essence of which is goodness.

Each human individual who discovers and realises, on the path he himself has walked, the truth that he himself is the path and that he himself is the object of his search, encounters a greater truth: he as ego is dissolved within the state of what is. There is now identification of the enquirer-disciple with the universal consciousness in the process of evolution, with life eternal. At that moment – as Jesus identified with the Christ principle – he can say: “I am the way and the truth and the life.” The way is the path, individually traced by each, it now becomes universal when the truth is realised. The truth of ‘What Is’ is that all is one-consciousness inside the process of evolution within the eternal in order to realise the timeless.

Such a human individual, on its way of limitless growth, takes humanity collectively to ascend to the Divine. He can then say as Jesus Christ: None can go to the Father but through me. This individual can be you and I. Because each one who is aware that inside and outside is just consciousness evolving towards the highest Being, may receive the exhortation:

“You are the salt of the earth. But if the salt loses its salt, how can it be made salty again?

You are the light of the world,

… Let your light shine before men.”

Published in the September 2016 issue of Theosophia 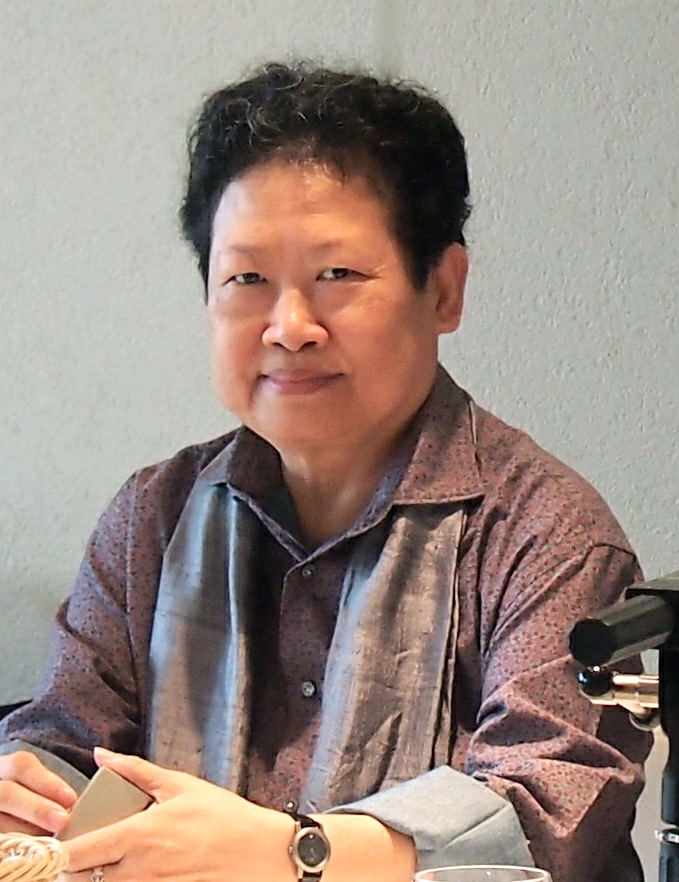 Trân-Thi-Kim-Diêu is chairperson of the council of the European Federation of the Theosophical Society and former General Secretary of the French Section of the TS.  Born in South-Viêtnam, Trân-Thi-Kim-Diêu’s post-graduate degree is from Montpellier University (France) in Pharmaceutical Engineering, a field in which she worked for ten years.  She ended her career to serve the TS, starting in Adyar.  Since joining the TS in 1972, Kim-Diêu has worked for the French Section, the European Federation (EFTS), and the Naarden Centre (ITC) where she was Chairperson.l  Kim-Diêu co-founded the School of the Wisdom at Naarden and launched the project for establishing a Study & Research Centre.  She is the current re-elected Chairperson of the Council of the European Federation of TS.  Kim-Diêu has presented programmes in Eastern European Countries, helped publish theosophical literature in local languages, and helped found the first lodge in Russia.  In addition to lecturing extensively, conduting seminars in Europe, and giving a monthly course at HQ in Paris, she lectures at Summer Schools, Congresses, Conventions, the European  School of Theosphy, the Krotona School, the Schools of the Wisdom at Adyar and Naarden a nd has lectured in Australia and New Zealand.