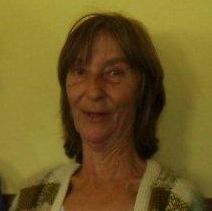 Maureen Paterson accepted with gratitude, she said, when asked to write this article, having had a near-death experience of her own. However, it has been difficult putting into words the beautiful experience and the wisdom learnings that followed.

I remember the incident very clearly and am able to indulge in an exact memory recall of all its pure simplicity, complete with the feelings I experienced at the time. That exact recall is like a glass of pure clear water, whereas the remaining years could be described as that glass of pure water with added coloured liquid, which is Life after Death; the real value of my tale.

Theosophy suggests that there is no such thing as a real death, that it is only the outer shell that dies. That real bit of us, the immortal bit, lives on in some way. Whether here or there makes little difference in the larger scheme of things. Infinity is forever and the imaginative mind can comfortably see and fit in with larger and larger spans of time in the knowledge that ‘the rules for the game of life’ remain the same. Theo-Sophia. Timeless Wisdom.

I had never heard of near-death or out-of-body experiences at the time, so did not have words to describe what had happened to me. All I had in my vocabulary was: “I died and went to Heaven and saw God and he told me…”

You see, when I woke up (from death) I thought to myself: That must have been Heaven. I want to go back. Immediately I heard, as loud and clear as a bell, the words: Heaven on Earth. This made me laugh at the same time as I thought: How can there be Heaven on Earth when there are wars, starvation, problems and unhappiness everywhere?

From that moment on I had an open line to real knowledge and the most amazing of experiences. To this day I hesitate to share some of those experiences because they are unbelievable… yet, I occasionally read of similar happenings in esoteric literature and implore others to take heed of their own potential in whatever ways it may be unrealised. My life review had revealed unrecognised ‘abilities’ in childhood that were not believed when shared but were very significant to this whole eventual drama of a near-death experience. This realisation was invaluable to my role as mother of little children for it is a fact that generations of people have come and gone without realising their fullest potential – potential which might have been of benefit to the world had they understood.

I had lived 30 years unknowingly ‘in a world of my own’, never realising others did not see, hear, experience as I did – with a totally unworldly lens. I realise that it is certain that very many others, especially children, suffer that state in silence today instead of reaching the full potential their life really requires.

My whole being was turned inside out, both physically and mentally and whilst it was all very real and made perfect sense to me, I did feel very alone and even doubted my own sanity, especially when my brain seemed to be physically altering. I could literally ‘feel’ the changes happening in the actual physical brain as well as changes in my body as a result of re-training the ‘mind’. I can now liken those experiences to the more recent near-death experience (NDE) of the neurosurgeon Doctor Eben Alexander, whose focus is on consciousness. I had learned what he learned though at the time I lacked the words to explain it all.

As the NDE began to make sense, I realised I was being taught, often experientially, as well as through the mind by an Invisible Teacher. More importantly, it was true, the world certainly could be Heaven on Earth if it all operated correctly. This HoE, I came to realise, was never just for individuals who find it in their life but a meaningful evolution for ALL. Mostly it was simply a matter of understanding real causes of why this or that problem occurs. In hindsight, this was probably the most interesting time in my life and I learned well; the main benefit being an improved confidence in my own mind.

While I encountered disbelief at the time this happened to me, today people can access NDE stories easily while scientists and researchers perceive from a myriad of individual experiences that all seem to have ‘a common similarity’ that they cannot quite understand the reasons for but which one who has experienced an NDE can decipher through their mystic (theosophical?) learnings.
For a while after the NDE I was in mental turmoil. However, it quickly became clear to me that it was not going to be easy to share the useful information I had learned, but I knew I had to try.

As the years after the NDE rolled by and my studies expanded into the vexing problem of different religious belief systems, I came to appreciate more fully the Christian tradition that I was brought up in and loved. I came to the realisation that Jesus himself was really trying to work for Heaven on Earth. The words of the Christian Lord’s Prayer clearly speak to that. Furthermore, much of the works in the New Testament of the Bible speak esoterically of what we know as Theosophy. As a child, when seeing sadness in the world, I had always been comforted with the belief in a Heaven to go to when we die and tried my best to be worthy of it. Never more truly than during the time spent believing I was on my deathbed.

Much more real knowledge (Wisdom) is becoming mainstream, although not all that I know to be necessary if we are to realise this Heaven on Earth (HoE) that I was promised. Some valuable Wisdom is still not in the minds of even the most forward thinkers. However, everything will unfold in the proper order, is what I tell the impatient part of me. A bit of cosmic impatience keeps me motivated to work for the next phase of evolution the world now seems to expect.

For the past 40 years I have kept abreast of world doings – gone against ‘this’ if I think it a HoE ‘spoiler’ – promoted ‘that’ if I think it helps HoE. I have played the game called life as usefully as I can, in full realisation that it will all remain the same in one form or another. We will continue to create new karma, albeit often in ignorance, until we truly get a passion for the real possibility of HoE/Golden Age/Age of Aquarius and help make it happen!

I believe our own Root Race information indicates valuable insights into a lot of today’s anomalies, things that cause disharmony in the world. Perhaps, along with cosmology, insight gives us a clue to the timing of the next evolutionary shift as well as to future ‘evolutions’. A rational, sensible approach to all issues based on an ideal of perfection could radically alter world direction, if we shared our wisdom and put sensible ideas into the decision-making pot.

Like all who have had an NDE, my experience has had a dramatic and subsequently valuable effect on my life. Equally valuable is the eventual discovery of Theosophical Society members and literature which broadened my outlook about all the amazing things I had independently learned and experienced. Indeed, I attribute the first member contact I had as saving my sanity because she was able to believe and even partly understand.

After feeling so alone with theosophical knowledge gained experientially from the NDE, it still saddens me to know there is a whole world of people out there who could also benefit greatly from what theosophy can offer. This is particularly true for the parents of children being born today who are coming into the world with inherent knowledge and wisdom. Basic theosophical understandings have consequences for all life but are still barely understood by many. Reincarnation, Karma, One Life, to name just three.

Reincarnation was one of the first understandings that came to me from my own experience, and the glue that makes every bit of information, especially contentious information, fit into a rational understanding of the whole of everything and could very easily change opinions and behaviours in positive ways. A helpful book I recommend is called You can’t die for the life of you! It is written by theosophist scientist Doctor Robert G. Anderson. This excellent little book was compiled after 40 years of studies of death and the paranormal when he became convinced that reincarnation is a reality.

However, ignorance abounds particularly in the West – unnecessarily. Full understandings about important things can build bridges between diverse opinions when shared with respectful dialogue and could hasten the peaceful evolution this world needs and for which I personally hunger. I console myself with doing my best and hope I will have earned my next return to a time when there is less disharmony around.

As we know, Golden Ages come and go. The more I delve into theosophical literature, the more certain I am that our Society’s mandate is not only to focus on our own self development, though it is certainly a good first step and a never ending journey, but also to lift a little of the heavy karma off the world while using the benefit of our access to sound wisdom. Furthermore, I have located writings by no less than Helena Petrovna Blavatsky herself which speak to PERFECTION being entirely possible to both individuals and the world. Yet to some it is not thought to be worth promoting as an ideal to individuals or the world.

We are all dealing with past lives in this one as well as creating future lives. In doing so, I will continue to believe in HoE and continue to work for it in the most PERFECT way I can at any given time. As theosophists, we all have perfect freedom to accept or reject opinions and it is not my desire to impose my beliefs, but I do take this opportunity to tell you that I know this new evolutionary phase I call HoE is coming and not one of us will escape some connection with it.

For those who do feel an inherent passion for creatively helping evolution, I say: believe in your ability to truly make a difference, do it whether it be a little or big thing, quietly or noisily as is your choice, with or without others by your side. Just do it and know that it is a worthwhile use of your time in this game called life which, I believe, many more of us than is acknowledged, truly do not feel a part of (some of us know ‘it’s all wrong’ even though we may fully understand philosophical reasons why it is as it is). We do not have to accept the world as it is if we don’t want to.

Maureen Paterson is the President of the Far North Branch. She was initially inspired to set up a Study Group in Kerikeri with co-opted help from Marianne Forbes and Fiona Brodie. Within a year, the group grew large and needed to become a branch for the Far North. For the inspirational story of that evolving see September 2013 issue of TheoSophia.