Home » The Dawning of Self-Illumination

The Dawning of Self-Illumination 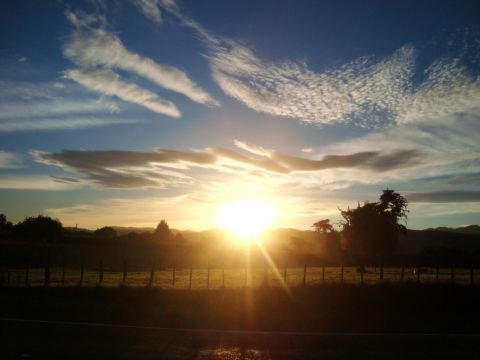 Linda Oliveira is a former International Vice-President, is a member of the General Council and is the National President of the Australian Section

To illuminate means to ‘give light’, ‘to decorate’. So an illuminated being can be thought of as a source of self-generated, potent and burnished light energy, rather than one who borrows or reflects light from elsewhere.

We sometimes hear the phrase ‘lightness of being’, which is a way of describing a consciousness which is buoyant, joyous, not weighed down. Lightness implies an absence of darkness; that which can be perceived only when one has first known darkness; a source of illumination; that which throws something else into relief so that it can be perceived; expansion; and a certain ease of being.

AN IMAGE OF DAWN

It is salutary to remember the connection between the light and mind – that mind is enfolded by, and ultimately connected to, a realm of light. This is where an image with which every human on the planet is familiar can help us understand some of the truths about ourselves and our evolution. Picture this time, in your mind’s eye, the process of a beautiful sunrise, the stirring of a new day. Before dawn not only the sky, but everything is dark. On a cloudy night when the stars and moon are not visible, and we are not near an artificial light source, it is absolutely inky black. Eventually, almost imperceptibly, there is a change in the quality of that blackness, reminiscent of the extremely subtle changes prior to manifestation mentioned in the Stanzas of Dzyan – which could hardly be recognised as changes at all. Eventually there is a faint light on the horizon which slowly takes colour. The process of sunrise may become a moment-by-moment play of supreme artistry, stirringly beautiful, filled with the potential of the day to come. The world around which was formerly shrouded in mystery is now gradually brought to life. One may begin to perceive trees, houses, vast fields, tracts of water, and so forth. These shapes initially do not have a great deal of definition and seem greyish. They appear in their fullness only when the sun eventually reaches its zenith, and in a completely cloudless sky – when there is true clarity and the light illuminates each object in its totality.

By analogy, from the process of the dawning of a new day we can appreciate a few corresponding truths of the human condition.

The enlightened human has quality of perception which is all-pervading, apprehending every object and being as an expression of divinity. Let us imagine, for a moment, some examples of what it would be like to actually experience the spirit in all, not as a boxed mental construct obtained from theosophical teachings, but as a reality. Even the relatively early stages of such an awakening could make mundane aspects of life utterly extraordinary. For example, a chance encounter with a stranger could have a totally different quality. All people would be both our friends and our teachers, viewed with an equal eye. Our treatment of the most mundane everyday objects in the home would be marked with a certain reverence, consideration and care. Also, the temptation to judge by appearances would diminish markedly. A wonderful instance of the potential falsehood of appearances was provided in The Mahatma Letters to A. P. Sinnett in reference to a Mr Bennett, an American whose unwashed hands, unclean nails and coarse language could easily have masked to Mr Sinnett the fact that he was actually one of the Mahatma’s agents. The Mahatma commented that “few have a more kind, unselfish and truthful heart,” which was what really mattered.

Throughout human history interiorly illuminated beings have helped provide humanity’s much needed spiritual food, inspiring those who are receptive, enhancing their sense of connection with each other as well as their Source. These great beings have manifested like pearls on a necklace of gossamer thread, a thread which is apparently fragile yet deceptively strong. That thread has deeply and inextricably held such personages throughout ages, who remain beacons of hope and inspiration in a world which is in many ways adrift, riding the tides of materialism in all its moods.

One can consider various teachings about the spiritual life such as Pantanjali’s system of yoga, sacred scriptures from the great religious traditions and theosophical teachings about the possibility of a series of initiations. But is there, perhaps, one primary portal to Self-illumination? The following familiar passage from Light on the Path makes our spiritual compass very clear:

Regard most earnestly your own heart. For through your own heart comes the one light which can illumine life and make clear to your eyes all things.

That point of faultless light is the splendour of completed love. It is the brightness that is at the heart of brightness. Unflawed, undivided, seamless, it is the One that is All.

When heart and mind are fused, even momentarily, then the light that enfolds mind can shine in its fullness and there is seamlessness. St John of the Cross wrote of the soul possessing degrees of love. In the soul’s last degree, he commented that the love of God will transform and enlighten the soul, causing it to be like a clear and pure crystal. Eventually the soul cannot actually be distinguished from the light, but appears to be the light itself.

What is this one light, mentioned in the quotation from Light on the Path, which can illuminate life? Mr N. Sri Ram described it as the light of perfect comprehension, which feels the nature of every nuance and variation and guides life’s expression. It may be hidden by the darkening effect of conflicting currents but it exists, hidden within life itself. It is in many ways a great mystery, hidden from ordinary sight, as conveyed so beautifully in the universal invocation written by Annie Besant, which is still used throughout the world. She reminded us that this light shines in every creature.

So, to draw the strands together, Self-illumination implies a certain faculty of seeing, similar to the vantage point of the sun at its zenith, but in this case through the clear and transparent sky of our consciousness. Its dawning may extend over many lives, may initially be a stop-start affair, may be punctuated with periods of pain, yet also with periods of increasing peace and joy. Its essence can be thought of as the flourishing of a pristine heart, a consciousness which does not seek anything for itself. The process requires external help, perhaps for a long time, before illumination proceeds as a fuller interior process.

A sublime passage by Sri Krishna Prem and Sri Madhava Ashish is a fitting note on which to conclude, highlighting both our relative insignificance, yet also the way in which we are each ultimately a perfect hologram of the Light of Universal Mind:

We are motes of dust dancing within its Light which surrounds us everywhere. We are but moments of that Light; it is our very Self. Inside and outside we are nothing but that Light; even our outer structure is the impress of its thought and it is for this reason that, in actual truth, man is the measure of all things and contains within himself – even within his physical body – all the wonders of the universe.

From an article which originally appeared in The Theosophist, February 2008 and was condensed for the Theosophical Digest Volume 21, No. 4. It is published here with kind permission. 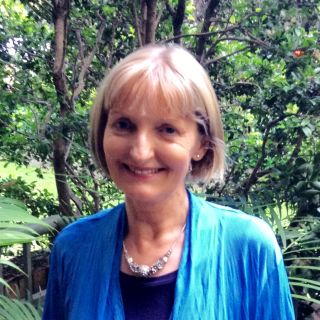 Linda Oliveira joined the Theosophical Society in 1971 in Canberra, Australia.  Her Arts degree is from the Australian National University.  Linda spent a year in the American Section mainly as a student at the Krotona School of Theosophy, California, and working at the National Headquarters of the American Section.  She is a former International Vice-President and is a member of the General Council.  Linda is the National President of the Australian Section and edits Theosophy in Australiamagazine.  She holds a conviction that genuine reflection upon the Wisdom teachings provides an opportunity for human spiritual transformation, when they are deeply assimilated and practised.