Home » The Power of Awareness -- by Vicente Hao Chin Jr

The Power of Awareness -- by Vicente Hao Chin Jr 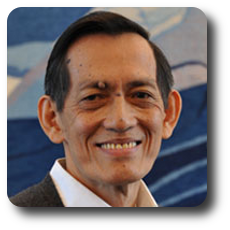 There is perhaps nothing more powerful than awareness as a key element in human growth and the nurturing of the spiritual life. Without it, growth is basically mechanical, biological or instinctive. With it, new possibilities are unveiled. The capacity for conscious transcendence emerges and new, untapped levels of consciousness can then be scaled.

Human life has two basic preoccupations: First is the ending of pain and sorrow, and second is the pursuit of one’s highest potential.

The cessation of pain and sorrow covers perhaps more than 90% of the preoccupations of the average person. We work and earn a living to avert poverty, economic deprivation or physical discomfort. We are driven, consciously or subconsciously, to protect ourselves from hurt, defeat, failure, rejection, humiliation, criticism, stress, distress, fear and a hundred other forms of vexations. A major world religion, Buddhism, is rooted in this basic issue of resolving the problem of human sorrow.

After one has attained a certain degree of stability in the balance between the pressures of living and the presence of inner equanimity, a person innately begins the pursuit of one’s higher potentials – what Abraham Maslow called the drive towards Self-Actualisation and, eventually, Self-Transcendence.

The role of awareness is vital in facing distress, pain or sorrow; one can either apply palliatives to ease the distress – which usually means dealing with the symptoms only – or go to the roots of the issue and resolve it permanently. Awareness plays an essential function in dealing with the root causes of distress, because the latter is ultimately a psychological reaction or state that can be resolved by transformation of consciousness rather than a change in external circumstances.

It is important to know the difference between being aware of something and knowing something. I may know that I am afraid, but I may not be aware of my fear. Knowing that I fear snakes makes me run away from snakes. Being aware of my fear makes me become conscious of, for example: my muscle tension, hardness of breathing, weakening of legs, butterflies in the stomach. The awareness of these states is a key to the dissipating of these symptoms of fear, leading to a state of relaxation and equanimity.  Knowing does not result in such a calm state.

Unlike opinions and knowledge, awareness is non-judgmental and non-analytical. It neither likes nor dislikes, accepts nor rejects. It is simply aware. But this uncommitted state of consciousness has such a power that it is the single most important element in human transformation.

Let us look into specific examples of how the presence of awareness can bring about fundamental transformation in the life of an individual, not only in relieving distress but also in the pursuit of the transcendent or spiritual life. We will see that awareness plays a pivotal role in all human levels of consciousness: physical, etheric, emotional, lower mental, higher mental and spiritual.

Body pain and discomfort bring about psychological distress and unhappiness. Such pain can be alleviated or removed by medical means (e.g. drugs) which is temporary and may also have side effects. But the ultimate solution to the distress caused by biological pain is awareness. In awareness, we do not remove or avoid the pain. When it is unavoidable, we are able to go through it without feeling miserable. Try inflicting a safe kind of pain on yourself (such as pinching yourself in the inside of your upper forearm), first quickly, and second, with awareness, where you feel the gradual intensification of the pain-sensation with full awareness. You will note that while the body feels the pain and the consciousness perceives it, within the consciousness there is no suffering or misery. When there is no awareness, consciousness (or sense of self) automatically identifies with the physical pain and then one says or feels “I am in pain” (not just the body being in pain, but also the “I”). Many people may recall the self-immolation of a Buddhist monk prior to the Vietnam War where the monk maintained equanimity of body in a lotus posture while his body was burning. He did not move or utter a sound. This is possible when in a state of awareness.

Stress is the result of a complex combination of psychological pressure and physiological tension, resulting in strain, distress and unhappiness. When there is no awareness, stress accumulates and becomes chronic, leading to more severe disorders, both psychological and physical.

When awareness is introduced into daily life, something important happens. Tension or distress does not become chronic. Awareness of a tension leads to the subsiding of the tension. In the Self-Transformation Seminars, participants are taught how to scan the body for such tensions and discomforts. With awareness and deep breathing, the hardened body part softens, the congealed energy flows naturally and the person attains a state of relaxation. The capacity to be aware on a moment-to-moment basis is a powerful antidote to stress and psychological strain.

Emotional distress of sorrow and unhappiness is caused for example by fear, depression, resentment, anger, hurt, grief, aversion or guilt. The factor that makes these distressful is the psycho-physical stress associated with these feelings. Without them, there is no unhappiness or misery. Such stressful reactions to situations (public speaking) or objects (snakes) dissipate with awareness of these states.

Awareness is an extremely potent solution to the problem of human unhappiness because unhappiness is basically caused by such push-button reactions that have become automatic and subconscious. These reaction patterns have been built or created through years of conditionings and traumas. They are essentially congealed psychic energy that has not been allowed to flow naturally during the experience and has become a template for future reactions to similar situations. Awareness allows these bottled up energies to be released and one goes back to the normal unconditioned state.

Control of the mind is key. Now we come to the problem of the undisciplined and conditioned mind. From childhood to the present moment, our minds have been conditioned to think according to certain patterns and we may find ourselves unable to control them. For example, when focusing on a certain task, the mind may keep on going elsewhere. Or in the evening, we may be unable to sleep because disturbing thoughts keep intruding into our consciousness.

Our mind basically determines our destiny. We are what we think. Our actions are dictated by the most dominant thoughts in our mind. When these are habitually linked up with desire and bodily state, then we are virtually imprisoned by the conditioned pattern of our thoughts and habits unless we become consciously aware of the situation and deliberately institute changes within ourselves.

The basic technique of bringing back control over the mind constitutes the taming part of meditational practice. There are two stages in meditational practice. The first stage is the taming part, and the second is the awareness stage. This is because the mind has a dual nature: a gross part that produces images or words (called rupa-manas or mind of forms) and the subtle part that produces formless ideas (called arupa-manas or mind of no-forms), including abstract ideas, concepts or intentions. The first stage must be mastered before the second can be achieved.

The taming stage involves awareness of the activities of the mind, but at the same time makes use of techniques that instill in the grosser mind a new habit of thinking that is responsive to the inner will. Whereas previously thoughts may jump wildly like a monkey, they will eventually be brought into line through meditative practice. Standard meditational practices may involve the use of a mantra or of counting to focus the mind.

Awareness of Ideas and Intentions can be compared to a theatrical play, where we see the actors and actresses performing on the stage but we do not see the directors, scriptwriters, choreographers and other people who tell the actors what to say or do. Yet they are in a sense more important and influential in determining the outcome of the play than the actors and actresses. In our minds, we have the equivalent of these invisible directors and coaches. Behind our gross thoughts, there are subtle thoughts that determine what kind of thoughts will be produced. These are our prejudgments, ideas, intentions and other subtle thoughts that have no form or size. Yet they are there, powerful and influential. The only way to take charge of them is through awareness. This is the second stage of meditational practice. It is a constant state of awareness that sees the fleeting nature of things in the world and dwells more and more on the boundless and the objectless. This is the type of meditation that was taught by H. P. Blavatsky as outlined in her Diagram of Meditation.

Rationality and Impersonality are goals. It is after we have gained this mastery that we can truly become rational and impersonal through becoming aware of subconscious or subliminal influences that tend to warp our perception and judgment. We are then in a position to see their undue influence on our views and decisions. It is upon reaching this level that we begin to step into the portals of wisdom, where we see things as they are, undistorted by desires of the emotions or by prejudices of the mind.

In these ethereal levels of the consciousness, awareness opens up a new dimension in human life. It is the spiritual or mystical life. Its emergence is not like a sudden, blazing opening of the heavens but like the gentle creeping of the soft light of early dawn. This light of spiritual consciousness shines upon and influences the mind, such that the mind now becomes more responsive to intuition. Blavatsky calls this the manas taijasi, or the Radiant Mind.  Life and the world are now seen in a vastly different manner. In Hindu and Buddhist spirituality, this intuitive faculty is prajna. Awareness has made possible the quieting of the worldly mind and awareness is needed to sustain the link with the transcendent and to deepen realisation. The Yoga Sutras of Patanjali speaks of seven stages of this transcendent wisdom.

Transcendence of the Ego is achievable. The final bastion that prevents the consciousness from fully realising spiritual reality is the ego – the self-centre that has been necessary in the evolutionary growth of the human being. There will come a time when this centre must let go of itself. Meditative awareness will include seeing the very nature of the meditator themselves. The sage Ramana Maharshi recommended a meditation approach called vichara that keeps on inquiring “Who am I?”

The presence of awareness is crucial in pivotal stages of human growth. In the spiritual life, it is the beginning and the end. Krishnamurti calls it The first and last freedom. It is the key to the mastery over our personal (or ‘lower’) nature, as well as our mind.  Whatever meditational approach we use, it is essential that awareness should be present. When a technique is mechanical and we lose awareness, such as in a trance, then we must beware of it. Awareness is in fact the best assurance that we are adopting the right meditational approach.