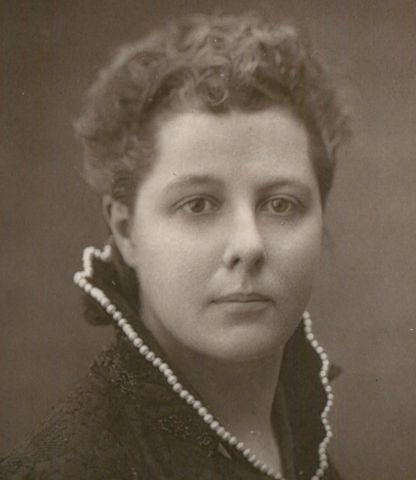 In a letter to A. P. Sinnett, Mahatma K. H. compares the fledgling Theosophical Society (TS) to a forlorn hope:

What I meant by the “Forlorn Hope” was that when one regards the magnitude of the task to be undertaken by our theosophical volunteers, and especially the multitudinous agencies arrayed, and to be arrayed, in opposition, we may well compare it to one of those desperate efforts against overwhelming odds that the true soldier glories to attempt. (Letter 8)

At the end of the passage quoted above, the Mahatma notes other essential points for the work of the TS: “Unity always gives strength: and since Occultism in our days resembles a ‘Forlorn Hope’, union and co-operation are indispensable. Union does indeed imply a concentration of vital and magnetic force against the hostile currents of prejudice and fanaticism.” In these words the Master is perhaps delineating the essential qualities for the TS Team.

The essential keynote that has guided the TS Team has come to us through the work and the vision of every successive (International) President. They have articulated it for their own time and helped the members worldwide to gain a renewed understanding of the possibilities and strength of the Society’s work. The President thus symbolises the unity of the TS in the world. 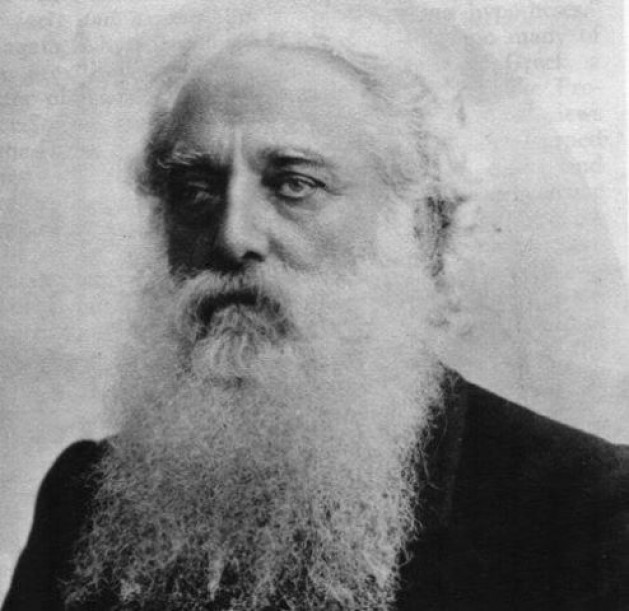 Colonel Olcott, in his Inaugural Address, said: “We seek, inquire, reject nothing without cause, accept nothing without proof: we are students, not teachers.” He was thus reaffirming a foundational policy of the TS which was enshrined in the Preamble to its Bylaws:

Whatever may be the private opinions of its members, the Society has no dogmas to enforce, no creed to disseminate. It is formed neither as a Spiritualistic schism, nor to serve as the foe or friend of any sectarian or philosophic body. Its only axiom is the omnipotence of truth, its only creed a profession of unqualified devotion to its discovery and propagation. In considering the qualifications of applicants for membership, it knows neither race, sex, colour, country nor creed.

Dr Annie Besant followed Col. Olcott as the next President of the Society and presented another important aspect of the TS Team in her article ‘The Theosophic Life’ (The Theosophist, March 1909):

The Theosophic Life must be a life of service. Unless we are serving, we have no right to live. We live by the constant sacrifice of other lives on every side, and we must pay it back; otherwise, to use an ancient phrase, we are but thieves and do not repay the gift. Service is the great illuminator. The more we serve the wiser we become, for we learn wisdom not by studying but by living.

To assume that we can only take from life without ever giving back is a form of soul illness. One of the positive developments in today’s world is the increasingly growing number of young people offering to work for non-governmental organisations that assist the poor, the refugees as well as animals in distress. Service goes to the very core of the TS Team.

Dr George Sydney Arundale succeeded Dr Besant in the Presidency of the TS. In one single expression he was able to express the very essence of his vision for the Society as well as a very vital aspect of the TS Team: ‘Together differently.’ We can be all different and yet stand together.

Brother Raja, as C. Jinarajadasa was affectionately known, assumed office as the fourth President of the TS on 17 February 1946. He brought to that office a charismatic personality, devotion to the Society’s ideals as well as scholarship in the fields of art, religion, philosophy, together with a keen interest in science. In his Inaugural Address he expressed his vision of the TS Team:

Suppose in addition, every Theosophist in every Theosophical Lodge were to say softly to himself as he meets friend or stranger, “THAT art thou, the Vision of God that I seek, the goal of Mukti which I long for, art thou.” All our Theosophical studies then are a mere accompaniment, an elaboration in harmonies, of the glorious chant of unity which rings throughout the universe linking angel and man, beast and plant, in one joyous embrace.

It was in February 1953 that N. Sri Ram became the President of the Theosophical Society. In his article ‘Why Theosophy is Left Undefined’ (The Theosophist, October 1964) he wrote:

The Truth, or the Wisdom, cannot be known except by a mind which is completely open to it. It is only when the mind is clear of every idea, every colouring wish, every element of self, that it can discover the Truth. That truth is reflected in such a mind; there is no need to go after it. The truth then comes to the person. He discovers it in his heart. It is only in absolute freedom of mind and heart that truth in its absoluteness can shine and manifest itself.  Therefore, in the Theosophical Society we try to maintain that freedom which is the open way or space. That is the reason why Theosophy is left undefined.

John Coats succeeded Sri Ram as President. He suggested that every member should become an ‘ambassador of Brotherhood’. He also encouraged youth to take an active part in the Society’s work. He wrote (The Theosophist, April 1974):

The practice of brotherhood implies that we have the highest principles active in our lives, principles of compassion, justice, chivalry, consideration for the feelings of others, and a constant attention to what we are doing to the people around us. The strength and usefulness of our organisation depends on this understanding of differentiated brotherhood. It depends on our ability to cooperate, on our understanding of the law. Without all this, the nucleus cannot work; it can neither attract nor can it transmit.

The fact that the Society has arrived in the 21st century is perhaps proof sufficient that within every generation that has worked for it, from the very beginning, there have been men and women for whom the principle of Universal Brotherhood was a reality. Brotherhood is the life of the TS Team. 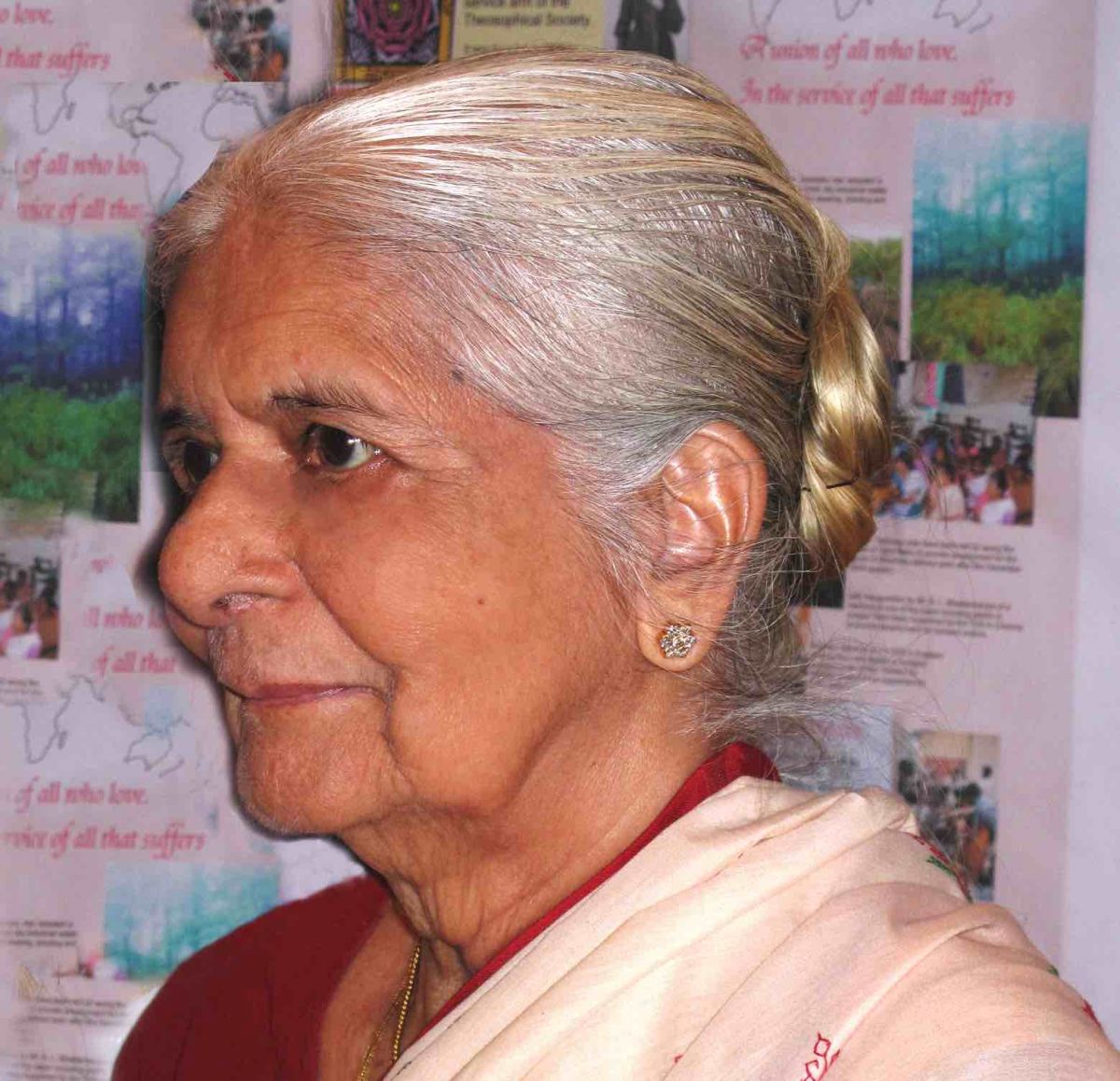 Radha Burnier became the seventh President of the TS in July 1980.  In her Inaugural Address (The Theosophist, August 1980) she said:

As time passes, generations change. Every generation faces the basic problems of man in terms of a changing environment. No teaching, no philosophy can be of adequate aid to any generation if it is converted into a mere idiom or tradition. But the Wisdom of a truly religious mind can speak the tongue of any generation and communicate its own quality of significance.

In the spiritually-charged seminars on Human Regeneration she conducted at the International Theosophical Centre in Naarden, The Netherlands, in July 1990, the President shared her essential vision of the work before the TS:

We have created divisions by our thinking, we have been conditioned into it. If we could free ourselves from that conditioning, we would be radiating peace and harmony. So universal brotherhood without distinctions is not an idle phrase, a commonplace thing. It is the main work of the Theosophical Society. When we convert it into something ordinary, we feel we must go around finding other things to do. But there is no difference between such brotherhood and regeneration, for it calls for a totally new mind, a mind without divisions, distinctions, comparisons, and evaluations.

Theosophical teachings suggest that the TS Team did not come into existence in 1875 when the Society was formed. This is what one of the Mentors in the Team wrote to Francesca Arundale in 1884:

Think you the truth has been shown to you for your sole advantage? That we have broken the silence of centuries for the profit of a handful of dreamers only? The converging lines of your Karma have drawn each and all of you into this Society as to a common focus that you may each help to work out the results of your interrupted beginnings in the last birth. None of you can be so blind as to suppose that this is your first dealing with Theosophy?

Tim Boyd succeeded Radhaji in April 2014 and became the eighth President of the Theosophical Society. Although the message of the Society is essentially timeless it needs to be communicated to the world in the language of today. This is what Brother Boyd has written in The Theosophist (March 2004):

There is the potential for a new mind within us – a mind open to the understanding that comes from inspired living. It is not the mind of any individual, but that greater mind within which we all ‘live, move, and have our being.’ Just beyond the walls of self-absorption that form the boundaries of our normal world, lies something greater, a new world whose expanse and openness embrace all beings. It is our job to remove these barriers. 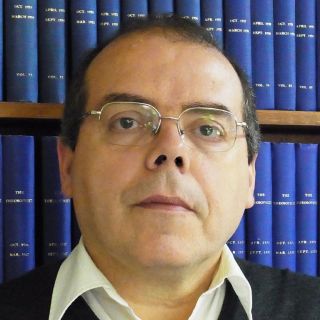 Pedro Oliveira joined the TS in Brazil in 1978 and worked in several capacities.  He served as International Secretary at Adyar between 1992 and 1996.  In 2001 he was elected President of the Indo-Pacific Federation of the TS, and re-elected in 2004.  He works as Education Coordinator of the TS in Australia and has lectured extensively, in Australia, the Indo-Pacific Region and other countries.