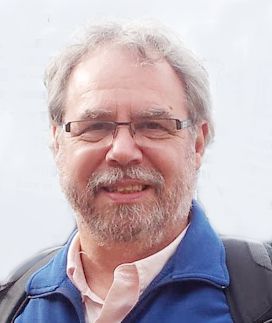 Theosophical wisdom points to realities exceeding the power of human words and concepts. Yet it employs words, for it indicates that the answer to the problems of human existence do lie, so to speak, in certain directions.[i]

These “words” that Robert Ellwood refers to, give us clues of how to look, where to focus attention and how to live to enable us to awaken an inner perception that can comprehend the realities of Theosophical Wisdom. Words themselves, for many of us, speak only to the rational mind where we look at their meanings to convey understanding; however in the universal language, words represent symbols which speak to a different faculty of comprehension from the rational mind when it is awakened. It is the awakening of this part of ourselves which is one of the first steps we take if we are to experience the Theosophical wisdom we talk of. Some of our original Theosophical texts and many of the Sacred Texts of the world give clear instructions of how to awake, how to centre our consciousness in our true Self. This awakening comes about through our ethic, the kind of life we live and the deliberate placement our attention – being mindful or fully present, as the Buddhists would say. For example, if our attention is constantly through our senses and rooted in desire, it becomes all but impossible to awaken because our senses move our attention to the world of the senses and away from our higher faculties. Our attention must be turned in a different direction and our focus moved to that which we have lost or is hidden in the shadows of our Self.

We use words to describe concepts like oneness, the unity of life, periodicity or the cycles of nature, karma: the universal law of balance or cause and effect. These give us some intellectual understanding of the deeper wisdom underlying Theosophy. How can we understand these concepts if we have not truly experienced them, perceived their reality?

We can look at the concept of periodicity or the law of cycles as an example. If we look at nature we see the ever-repeating cycles of summer, autumn, winter, spring. We look at the moon and we see how the phases of the moon’s cycles affect us psychologically, how the full moon affects our moods and emotions and how the new moon brings a calmness which quietens the mind and allows for focused meditation. When we look around us and observe nature, can we see the cycles of its separate parts? Even the concept of reincarnation is built upon this concept of periodicity, the continual cycle of birth, life, death, birth, life, death... always repeating; however never exactly the same, for there is also an aspect of growth, of evolution, of transformation in all this.

When it comes to theosophical principles there are many lists of the basic concepts. They do not all agree, however it is surprising how much commonality we do find in such lists which suggests that there are indeed some core ideas held by many of the people in the theosophical tradition.[ii] That there is a difference in the wording of these lists shows that theosophy is understood and expressed in different ways and from individual perspectives.

Modern theosophy was introduced to the world by Helena Petrovna Blavatsky with three fundamental propositions put forward at the beginning of her work, The Secret Doctrine where she suggests we endeavour to fathom the depths of theosophy. Briefly they are summarised by Robert Ellwood as follows:[iii]

An Omnipresent, Eternal, Boundless and Immutable PRINCIPLE, on which all speculation is impossible, since it transcends the power of the human conception and could only be dwarfed by any human expression or similitude. It is beyond the range and reach of thought – in the words of the Mandukya [Upanishads]: “Unthinkable and unspeakable.”
The Eternity of the Universe in toto is a boundless plane, periodically ‘the playground of numberless Universes incessantly manifesting and disappearing,’ called ‘the manifesting stars’ and the ‘sparks of Eternity.’ The Eternity of the Pilgrim is like a wink of the Eye of self Existence… The appearance and disappearance of Worlds is like a regular tidal ebb and flux and reflux.
The fundamental identity of all Souls with the Universal Oversoul, the latter being itself an aspect of the Unknown Root; and the obligatory pilgrimage for every Soul – a spark of the former – through the Cycle of Incarnation (or Necessity) in accordance with cyclic karmic law, during the whole term.

Ellwood gives us a list, which is central to today’s approach to theosophy, and includes such things as:

We are part of one incomprehensible Reality which underlines and unites all that is or can be.
Galaxies, solar systems and planets evolve over immense cycles.
The individual human, sometimes called ‘The Pilgrim’, moves through these galaxies and worlds over many lifetimes in response to karma and the necessity of experiencing many aspects of reality, before returning to the Source, the One.
There are those who are well advanced on the path of human evolution who have amongst them a reservoir of the wisdom of the world. This wisdom is accessible to all earnest seekers.
Growth is more than intellectual learning. It involves also initiation or inward transformation and living in accordance to universal harmony, and the realisation of our Unity.

Within the above lie some core foundations of Theosophy, which we investigate and endeavour to understand; for example, reincarnation, evolution of humanity, the growth of the soul, self-transformation, the conditioned nature of our personalities.

The Three Declared Objects of the Theosophical Society, with which those who wish to join must be in sympathy, set out the concrete role of the Theosophical Society. No philosophical or theological doctrine is mandated. Members are simply encouraged to study comparative religion, philosophy and science and to investigate the unexplained laws of nature and the powers latent in man.

If one pursues these studies and investigates with honesty and depth, one will come to realise, in one’s own way, the Unity of all in the universe and the depth of awakened consciousness; and further come to understand for themselves, the broad consensus points of the traditions. The point to understand is that these are the truths that one must learn for oneself rather than be accepted through dogma. Taking them simply on the authority of others, or of an organisation, is accepting them in blind faith where one does not know for themselves, what is true or not. We must investigate.

Theosophy is the shoreless ocean of universal truth, love, and wisdom, reflecting its radiance on the earth, while the Theosophical Society is only a visible bubble on that reflection. Theosophy is divine nature, visible and invisible, and its Society human nature trying to ascend to its divine parent.[iv]

It is interesting that in the beginning of this book Blavatsky defines the Key to Theosophy as being:

A clear exposition of the ETHICS, SCIENCE, AND PHILOSOPHY for the study of which the Theosophical Society has been founded.

This gives us an insight into the way forward to understanding the Foundations of Theosophy. The wisdom is revealed through a way of life which brings about initiation or inner transformation, the unfolding of our very conditioning to awaken in consciousness to who we really are.

i. Theosophy: A modern expression of the ages; Robert Ellwood; First Edition, p.19

ii. One of the many lists of Theosophical Principles http://www.blavatsky.net/theosophy/theosophy-checklist.htm