The modern theosophical movement was founded in 1875 by H.P. Blavatsky.

To promote and enable greater awareness of living wisdom expressed through Theosophy.

To serve humanity by cultivating an ever deepening understanding and realisation of the Ageless Wisdom, spiritual self-transformation, and the Unity of all Life.

To help carry out our mission, the Society presents for consideration a contemporary statement of the Ancient Wisdom called Theosophy. The Theosophical Society does not require its members to accept all or indeed any of the Theosophical teachings.  The motto of the Society is: “There is no religion higher than Truth.”  The term “religion” in the motto refers to religion in its highest sense, inclusive of all life.  To see each religion as an expression of the Divine Wisdom, adapted to the needs of a particular time and place.   Theosophy regards the universe as alive and interrelated, with an intelligent order guiding the cyclical evolution of all life.  The Theosophical Society in New Zealand supports the right of individual freedom of thought for every person and that any teachings are in no way binding on any member of the Society.

The ideals and principals of Theosophy are offered for consideration and members are free to accept or reject the teachings according to their own spiritual development.   To be a member of the Society, one must be in sympathy with all of its objects.  The Society offer a view of life that is remarkable for its comprehensiveness, coherence and timelessness, a contemporary formulation of an ancient Wisdom Tradition that is the basis for a satisfying, productive life that enables those who follow it to discover their own inner nature and to contribute to the welfare of the world.  This is represented in the Theosophical Worldview statement.

Although this Wisdom has been offered throughout the ages under various names and in many languages, its essence is fundamentally the same,  however much its outer aspects and manner of presentation may vary.  It especially points to the reality of a universal kinship and the imperative necessity of practising it.   It also gives insight into the unexplained laws of nature around us and encourages each individual to delve deeply into our own hearts to cultivate the latent powers within.   It is through the study of religion, philosophy and science that we can broaden our horizons so as to recognise the One Life in All.

The Philosophy of the Society 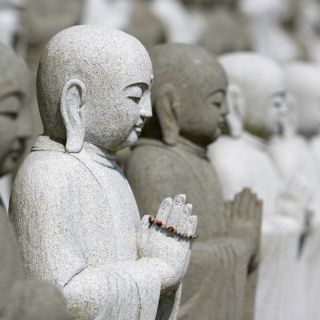 The Society promotes an underlying unity of life; it fosters religious and racial understanding by encouraging the study of religion, philosophy and science; and the enquiry of the spiritual aspect of life.  The Society stands for a complete freedom of individual search and belief while promoting a willingness to examine any concept and belief with an open mind, and respect for other people’s understanding.

In the modern Theosophical movement the word ‘Theosophy’ has been used with several different meanings:

It is frequently used to describe the body of teachings that were given through Mme Blavatsky and other Theosophical writers. This body of knowledge is frequently called "modern Theosophy" (with capital T).

It is also used to refer to the universal Ancient Wisdom underlying all religions, which can be found at their core when they are stripped of accretions, deletions and superstitions. This is sometimes referred to as "ancient" or "timeless" theosophy.

These two usages refer to a body of teachings transmitted by different sages, in different parts of the world and at different times.

As we have seen, theosophia refers to a Divine Wisdom, that is, a state of consciousness in which the sage or mystic goes beyond his or her mind and gets a direct, supra-conceptual perception of Truth. This is the primary meaning of Theosophy.

It is important to note that the intellectual study and daily practice of Theosophy is only a means to reach the real theosophia or inner enlightenment. As we become more mindful of this, we open the door to a flash of insight which comes from the part of us that is Divine. The process of becoming more and more receptive to these theosophical insights is the spiritual path or journey.