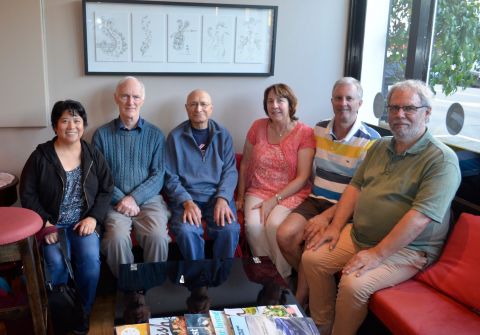 The annual convention 2017 was held in Dunedin at St Margaret's College which is part of the University of Otago campus in the heart of Dunedin.   The convention went from Thursday 12 January and finished on Monday evening 16 January.  Below are the recordings of some of the sessions.

The Mystery of Electricity Unveiled by Orest Tarnawsky from Canterbury Branch

The Purpose of a Garden by Nancy Jones from USA