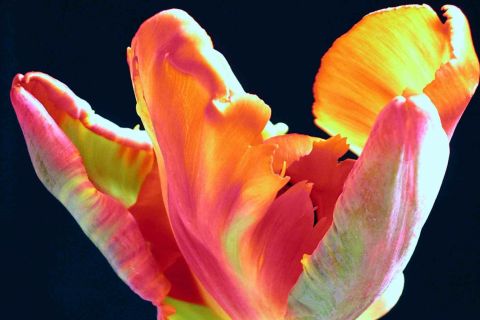 International President of the Theosophical Society, Tim Boyd shares lessons from the past and his thoughts on the evolutionary process.

In my late teens I moved to Chicago. It was supposed to be just a three-month visit, not the 40-plus years it turned into. At the time I was a college student attending school on the East Coast. The move was not precipitated by my love of the city or its cultural or educational resources. As a 19-year-old, I found myself filled with some burning questions that I was feeling but could not articulate. Beneath the surface something was growing. For one thing, there was a frustrating sense that nothing within my academic environment seemed to touch these hidden questions. I did not come from a religious family, so I did not have the ready answers and unquestioning certainty that some of my religious acquaintances seemed to enjoy. Although outwardly everything was going well, inside of me it was becoming a difficult time. Looking back, I realise that, in an unconscious way, a subtle sense of desperation was taking root in me – despair that maybe I would never find the right questions to ask and that maybe if I did, no answer would be forthcoming.

On a visit to Chicago during a break from school, I had a chance encounter that changed everything. My cousin introduced me to a gentleman that he and a group of other young people called ‘the Old Man’. Over the course of two conversations – the first, interesting, but not profound, the second truly life changing for me – I found myself in the presence of someone who could clearly see and name those deep, partially acknowledged questions with which I struggled.

Fast forward one year and I, along with four or five other young people, was living in the Old Man’s house. I had come to Chicago to learn from this teacher, and, being a college student, I had a particular idea of what that meant. But the familiar structures of the university turned out to be alien to his method. In fact, in the beginning it was hard to determine exactly what was his method.

There were no lectures or reading assignments, no term papers or study groups. Strangely for me, every moment could unexpectedly arise as a teaching moment. People would come to the house to see the Old Man with all kinds of personal issues, and suddenly what might have begun as a simple social visit transformed into a profound glimpse into some previously unknown corner of life. At different times we would all sit around, and the Old Man would be telling stories about events or people in his life. His stories and experiences seemed limitless, and the characters and situations that populated his tales at first seemed fantastic to me, like a modern-day fairy tale. As the years went by, I met many of the people featured in his stories and listened to them confirm the same details. Different ones among us might chime in with our own stories. He was always interested and frequently would ask questions.  Often he would fill in the missing pieces of our stories, the parts we preferred to keep to ourselves out of pride, or shame, or embarrassment. His repeatedly unerring accuracy in describing these unshared experiences soon led to a sense of ease with whatever we carried inside. Good, bad, or ugly, when seen without judgement, it seemed to heal.

…each of us has latent powers and
potentials within us – some ripe in this
moment, others ripening…

From time to time, in the middle of one of his stories, he would turn to one of us and ask, “Do you understand?” When it was me he was asking, this could be an uncomfortable moment. While the story line he was sharing seemed straightforward enough, often there seemed to be something more, something elusive that was not fully apparent. For lack of a better answer I would say, “Yes, I get it,” which was mostly true. I could describe what it was that I saw, and as far as I could tell that was all there was. Sometimes he would respond, “No, you don’t get it.” I might insist that I did understand and give an explanation of why. He would patiently listen and then, then say, “No, you don’t understand, but you will.” That future possibility, “You will,” has proven to be perhaps his most profound prophecy.

As the years rolled by, the subjects of many of those story sessions faded into the background. Although not actually forgotten, they were far from active in my memory. Like a seed slowly growing beneath the earth, 10 or 20 years later, for no apparent reason, or in response to some random incident, suddenly a completely new understanding would burst to the surface. It is no great achievement to predict that a teenager’s understanding will grow into something more mature, but the highly specific eruptions of those forgotten ‘lessons’ have been exceptional. If the Ageless Wisdom teachings are correct, each of us has latent powers and potentials within us – some ripe in this moment, others ripening, still others sleeping seeds awaiting a far distant future to begin awakening. Like good farmers, the wise teachers see the fullness of the fruit dormant within the seed, and nurture it into life.

In the teachings of Theosophy the concept of spiritual evolution figures strongly. Much like its counterpart, Darwinian evolution, it describes a lengthy process of continual change. Classical evolutionary theory, such as the Darwinian model, presents a view of gradual change over vast periods of time. However, in our personal experience, in addition to gradual unfoldment over a lifetime, we also have moments of profound and sudden breakthroughs – ‘aha’ moments spoken of in popular contemporary spiritual talk. At more profound levels this idea finds expression in the Theosophical concept of initiation – those ritualised moments of sudden and permanent expansion of consciousness.

These inner experiences are mirrored in the world of outer phenomena. They have been observed and accounted for in the theoretical structures of biological evolution as well as of quantum mechanics. In biology an additional theory called ‘punctuated equilibrium’ has been made to account for the observation in the fossil record of sudden, non-gradual shifts in life forms. In quantum physics the classic quantum leap, whereby electrons circling the nucleus of an atom move suddenly to a new orbit, is another example of nature’s unwillingness to conform to our models.

Although the two processes of spiritual and Darwinian evolution are similar, they are also fundamentally different. The Darwinian model describes a linear and progressive development of living forms. Small changes over long periods of time result in life forms that are more suited to ever-changing environmental pressures. Examples of the process are the appearance of human beings from their supposed simian ancestors, which to this day awaits a ‘missing link’ in the chain of development, and the development of whales from an ancestral land mammal, which the fossil record does demonstrate. In Darwinian evolution the engine of change is ‘survival of the fittest’ through the process of natural selection – the idea that pressures and demands of the natural environment favour some changes over others. At its root this evolutionary approach is biological and concerned solely with physical forms.

The responsibility for further growth falls on us.

Spiritual evolution focuses on consciousness and its process of unfoldment. While physical evolutionary theory is linear, the evolution of consciousness is cyclic. In a sense it ends where it begins. Spirit ‘descends’, associating itself with all degrees of material existence – mineral, plant, animal, human – ultimately returning to a condition of undivided Oneness, but enriched by association with matter. As Patanjali says in the Yoga Sutras, “the purpose of the coming together of Spirit (purusha) and Matter (prakriti) is the gaining of awareness by Spirit of its true nature and the unfoldment of the powers inherent in Spirit and Matter.” Hidden in Patanjali’s words is the understanding that the evolutionary process is solely related neither to form nor to consciousness. Both sides of the process are necessarily linked and continually influencing each other. The unfoldment of consciousness has two engines driving the process, described in The Secret Doctrine as 1) “natural impulse” and 2) “self-induced and self-devised efforts.”

The Ageless Wisdom makes the point that at a certain stage in our unfoldment, the balance shifts. No longer is consciousness strictly subject to the impulses of nature. The responsibility for further growth falls on us. In the words from the Three Truths in The Idyll of the White Lotus, each person becomes his or her own “Absolute Lawgiver. The dispenser of glory or gloom to himself. The decreer of his life, his reward, his punishment.” It is a liberating thought.

First published in Quest, the journal of the Theosophical Society in America, Spring 2016. Reprinted here by kind permission of the author.

Tim Boyd has been serving as international President of the Theosophical Society Adyar since April of 2014. 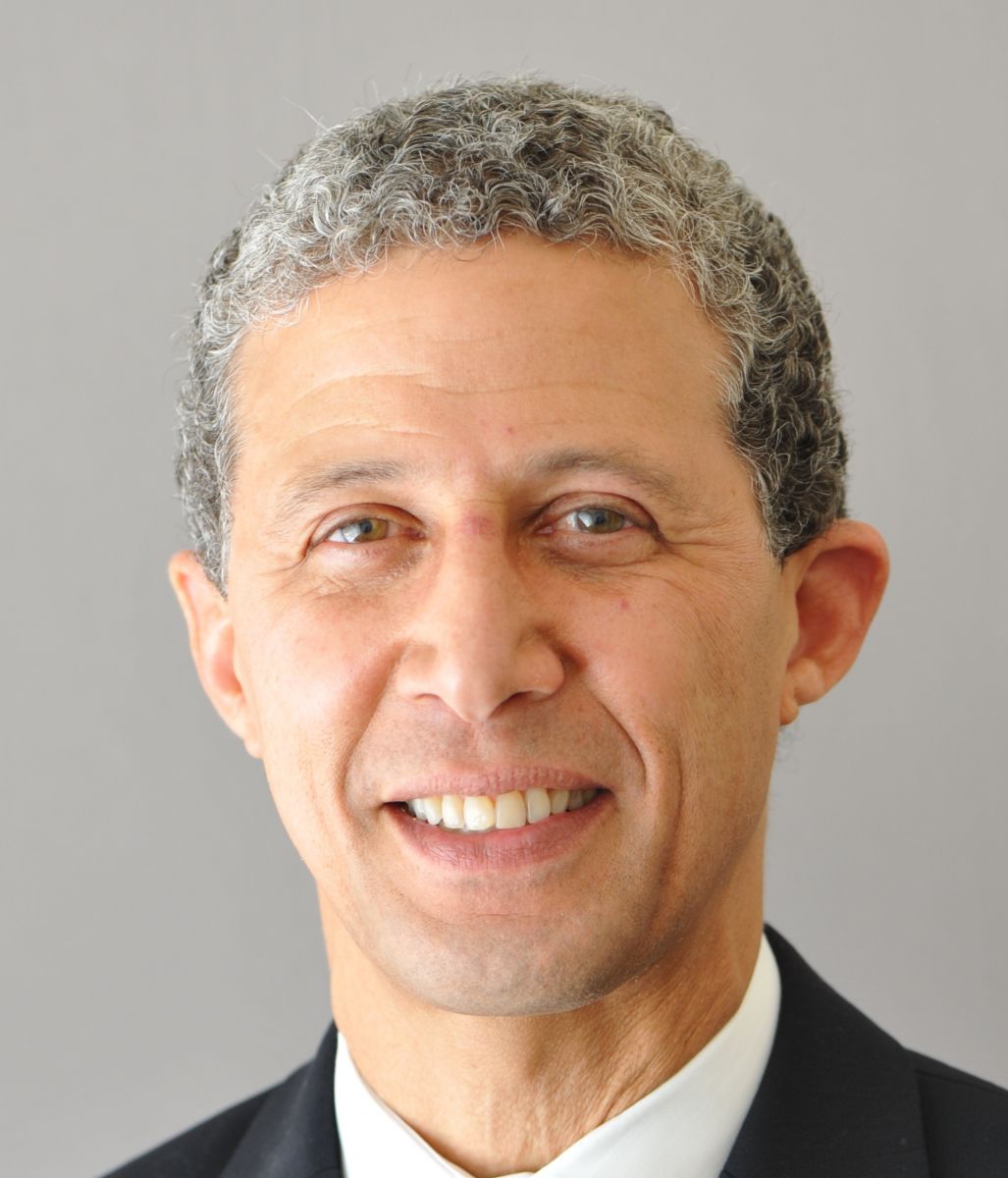 Tim grew up in New York City. He joined the Theosophical Society in America in 1974. Together with Bill Lawrence, a TS member and mentor, and others he founded a Theosophical spiritual community in Chicago's inner city. The group held classes on the Ageless Wisdom, meditation, and healing. They worked with at-risk and disadvantaged youth, transformed vacant lots into award-winning organic food gardens, and placed beehives on the roofs of local buildings. The group formed a business (Royal Associates) that initially focused on reclaiming and renovating deteriorating residential buildings in their area, creating housing for low- and middle-income families. Their work helped stabilize neighborhoods through the training and employment of local youth and the creation of affordable homes for area residents.