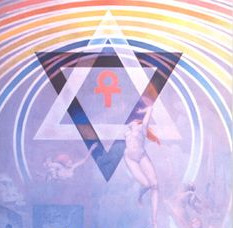 Modern Theosophy postulates that the field of existence embraces more than this material and passing reality we perceive through our senses. In fact, the lack of knowledge about the higher aspects of reality makes us see things from an incorrect perspective, which is the root cause of suffering. We can gain knowledge of the Real, both in the universe and in human beings, by means of a holistic spiritual practice that includes study, meditation and service.

Below are some of the basic ideas the Theosophical literature offers for consideration. However, the Theosophical Society does not ask its members to adhere to any of these ideas in particular. Members are only expected to be in agreement with the Three Objects of our organisation.

“Theosophy is the shoreless ocean of universal truth, love and wisdom reflecting its radiance upon earth...  The Theosophical Society was formed to show mankind that it exists.”

To be sure, this “shoreless ocean” is not the exclusive possession of the Theosophical Society; it exists everywhere and has always been available to the fearlessly questing mind. Some of the central concepts of this universal truth have, however, been formulated more specifically in the literature of Theosophy than elsewhere, and their totality is coherently set forth in Theosophy, which has a special relevance to our times...

Blavatsky has [also] been reported as saying that the study of the great universal principles of Theosophy requires a special kind of mental effort that involves “the carving out of new brain paths.” It is not always easy for us, with our conditioned minds, to submit to so rigorous an undertaking, but once we have overcome our reluctance and inertia, we may find it the most exciting adventure of our lives.

The above has been excerpted from the book Theosophy:  An Introductory Study Course updated by John Algeo (4th ed. Wheaton, Illinois, USA: Theosophical Publishing House, 1968.)